Umer Shareef, is a Pakistani stand-upcomedian and Actor, Director, Producer, Writer, Composer, Author, Poet and television personality. He has been regarded one the most successful comedians in the subcontinent. He is also known as "King of Comedy".

This show is performed by Umer Shareef and other famous artist from Pakistan. It is full of laughter, dance and comedy. 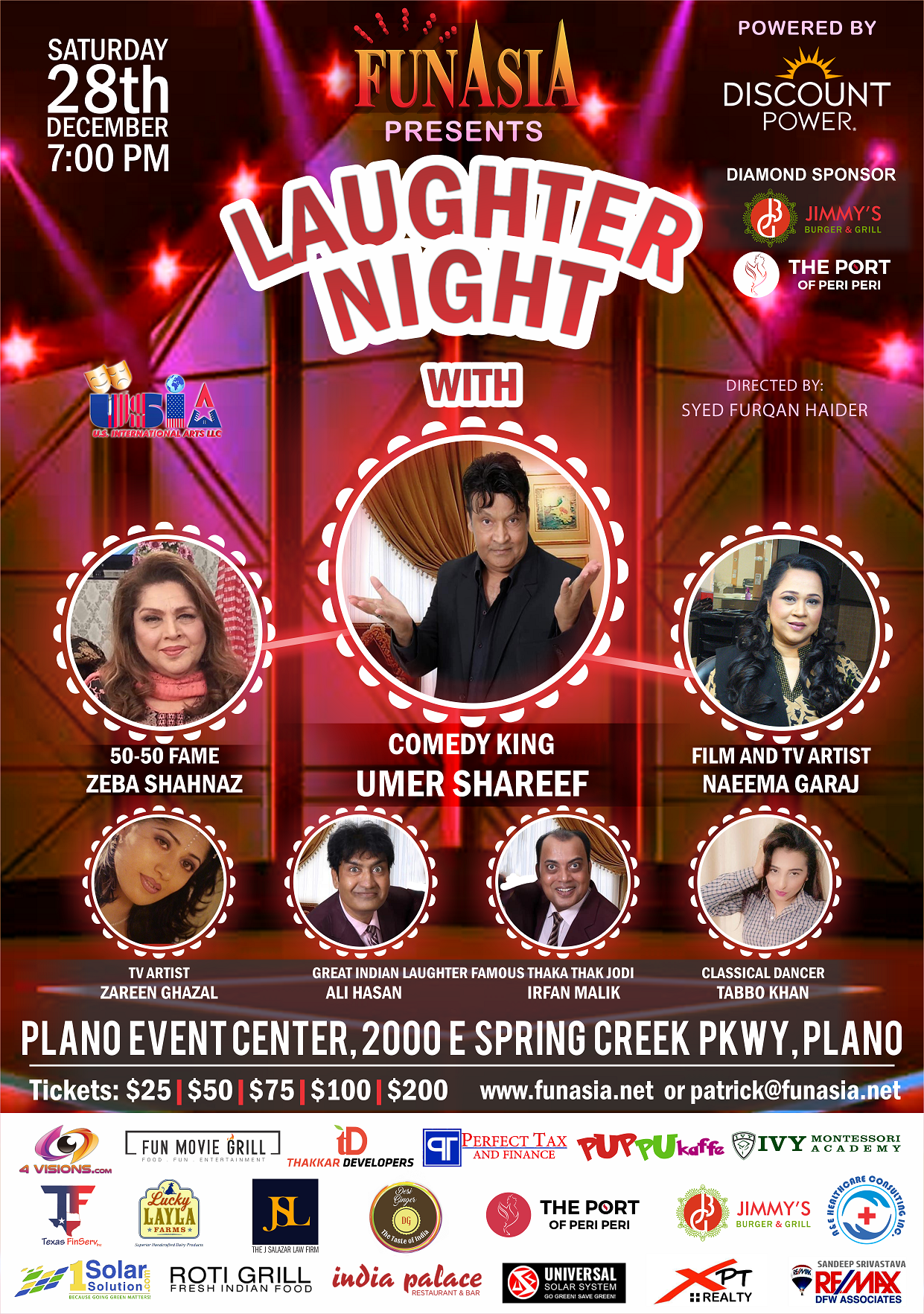 Ready to plan
your event?